Sheps Lori Dry Food is a powdered lorikeet food offering the bird food without being mixed with water which should be fed in conjunction with the wet food fruits and vegetables.

The base ingredient in most recipes was Rice Flour and Baby Rice Cereal as opposed to Wheat Flour, which was used in other diets. With added advantage of Rice based cereal being that the dry mix would not spoil or sour in hot, or humid weather.

Feed Directly as is, out of direct weather where it will not be fouled. To be fed in conjunction with sheps lori wet lorikeet food and fresh fruit. Discard unused portions daily

* The use of pollen in the recipes caused issues with storage of the product, thus was removed and replaced with additional Whole Egg Powder to maintain correct protein level.

* The Baby Rice Cereal, on the market, were fortified with an iron supplement, at the same time foreign Lories were displaying Liver Problems believed to be from a built up of the iron mineral. Whilst is wasn’t fully proven that there was a link between the two, Shep’s moved to a Baby Food manufacture that did not fortify their product with iron as a precautionary measure.  This is why we do recommend that people should be wary who try to make their own Lorikeet food.

* Commercial Egg & Biscuit mixes in Australia were based in Breadcrumbs mixed with Custard powder, with the occasional inclusion of Poppy seeds. These commercial mixes were found to contain no actual biscuit base nor did they contain any Egg Powder, as a result Shep’s decided to manufacture their own quality Egg & Biscuit which includes genuine ingredents (Whole Egg Powder and “Nice” biscuit base).

Size bags Shep’s in available in

For prices in store see www.petsville.com.au 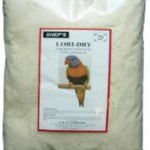 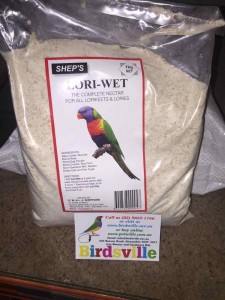 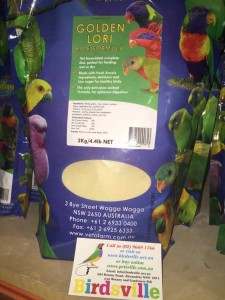 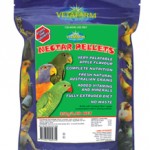